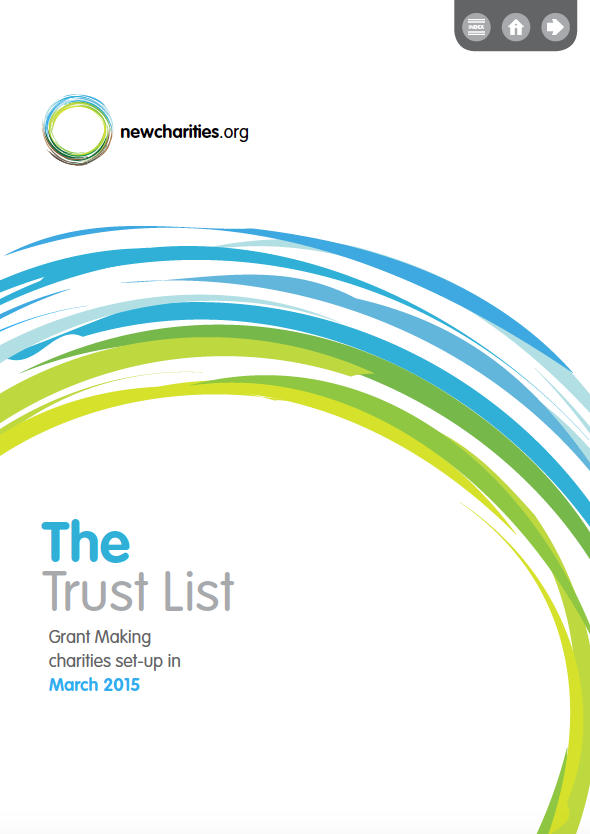 SKU:
£35.00
£35.00
Unavailable
per item
March 2015, 64 grant makers of of interest to professional fundraisers were set up, 21 are highlighted in this edition through prospect research as being particularly wealthy.
The usual range of trust interests appear (relief, education and health), with niche areas including the promotion of the therapeutic benefits of animals, the Arts in Religion and ceramics.

There are a good haul of particularly wealthy new grant makers, including several that featured in this year's Sunday Times Rich List. Overall there were seven new grant makers that had trustees with wealth in excess of £40m.
Hyperlinked edition

Add to Cart
Please read through the Terms and Conditions of Sale (section 3 and 7). These can be found on the subscribe page. If you submit an order for any item on this Website, this shall be taken to constitute acceptance by you of these Terms.
© 2022 newcharities.org.