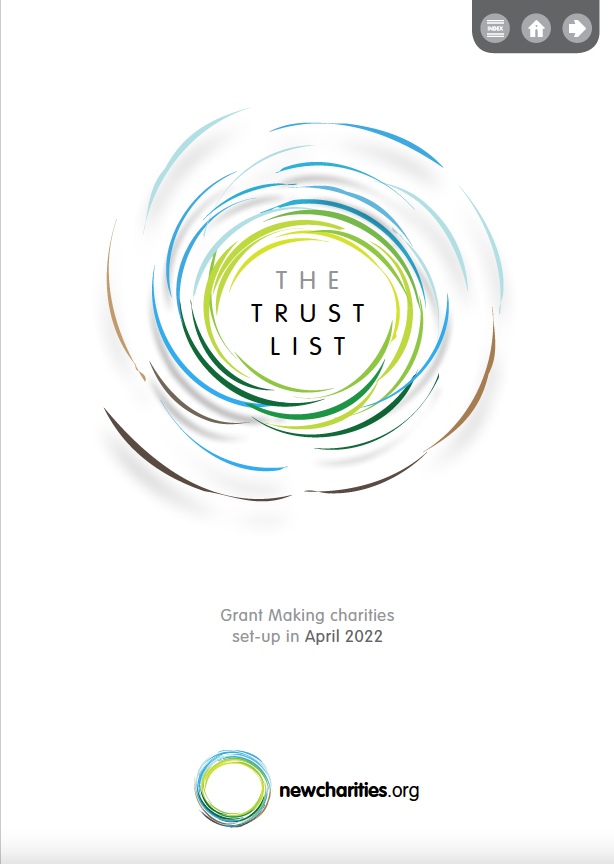 This edition sees a lower than average number of new registrations, with just 67 new grant makers against an average of 88. March is typically 20% busier than April, presumably to get registrations in before the end of the tax year. Last April saw 73 new grant makers, so we're more or less on par for the month.

As always, along with the classic 'relief, education and health', we see several trusts interested in community or local causes, amateur sport, conservation, the Arts, young people, and even the archeology of pre-Colombian maritime exploration.

Several wealthy families have established trusts this month, including the founders of Elephant Gin, Tessa and Robin Gerlach, who have already donated €1 million to elephant conservation. Greg Jackson, Founder of Octopus Energy is worth £100m and has set up the Octopus Energy Equality Foundation. The Earthshot Prize has finally registered, after being launched by Prince William in October 2020, describing itself as 'the most prestigious global environment prize in history'. Wow. I wonder what Prince Albert II of Monaco thinks.