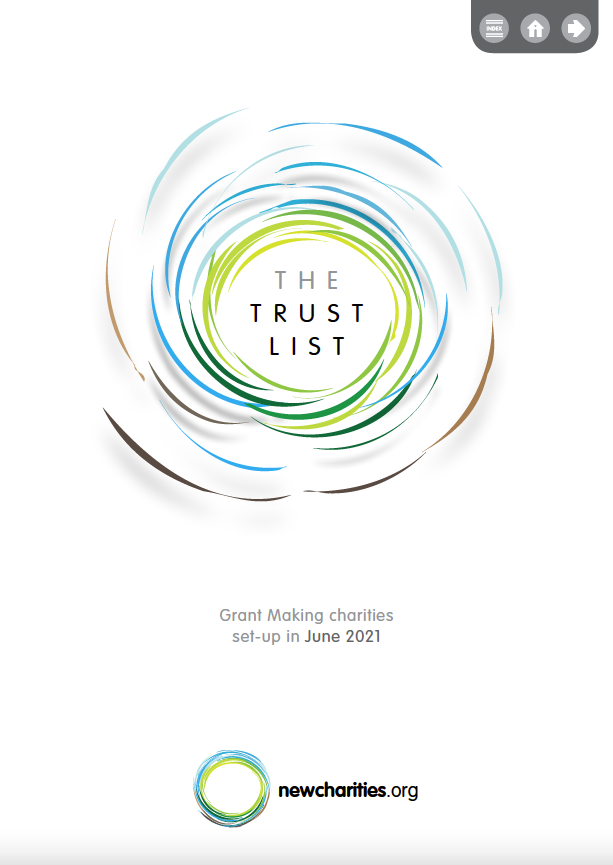 This edition sees a 40% increase on the number of new registrations compared to last month, and just 10% off the rolling average of new grant makers across the past 12 months. We are slowly seeing numbers creep back up.

As always, along with the classic 'relief, education and health', we see several trusts interested in a multitude of other areas, including amateur sport, animal welfare, the Arts, Human Rights and young people. We have seen a significant increase in the number of religious causes (predominantly Christian, Judaism and Islam), with an interest in community or social welfare, both here and abroad.

Several remarkable people have set up trusts this month, including a very timely Richard Whitehead MBE, a Double Gold Paralympic medallist, 4 x World Champion and European Champion in the T61 200m. He is also the Marathon and Half Marathon World Record Holder. The 15th Duke of Bedford, who is thought to be worth around £787m, has set up a sustainable development charity, which has already helped over 1,000,000 individuals across 1,600 communities worldwide.